Professor and Chair of the Department of Obstetrics and Gynecology 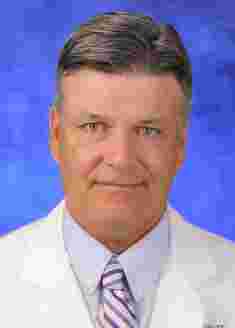 Dr. Richard S. Legro is University Professor and Chair of the Department of Obstetrics and Gynecology at Penn State University College of Medicine in Hershey, PA and Co-Director at the Resource Sharing Hub of the  NIH-funded Penn State Clinical and Translational Science Institute. His research and clinical practice are primarily focused on polycystic ovary syndrome (PCOS): diagnosis, treatment, and genetic/environmental causes as well as on improving infertility diagnosis and treatment.  He has designed and participated in many practice-changing, multi-center, comparative effectiveness infertility trials in the U.S. and China. These trials have expanded the scope of infertility outcomes beyond a clinical pregnancy to capture all maternal and infant outcomes through pregnancy, delivery, and the neonatal period. He has been continuously funded by the NIH for 25 years as a principal investigator and published over 300 peer-reviewed articles.  He has been elected as a member of the Executive Board of the American Society of Reproductive Medicine and  Secretary-Treasurer of the Endocrine Society.  He is an Editorial Editor for Fertility and Sterility.   He has consulted for the NIH and the Food and Drug Administration. He has received many awards including election as a member of the National Academy of Medicine in the U.S., as an Ad Eundem member of the  Royal College of Obstetricians and Gynecologists in the U.K. and the Presidential Achievement Award from the Society for Gynecologic Investigation.